There is so much to see in Antigua Guatemala! We really could have spent a full week there. Unfortunately, we only had the weekend. However, we managed to fit in a little bit of sightseeing (and a good bit of nightlife) into the 36 hours we spent in the city.

It was pretty drizzly and we didn’t want to be out in the rain, so we skipped a lot of the sights. We started off in the central park, which is huge, with an interesting “Mermaid” fountain in the middle of the plaza.

We then made our way to the ChocoMuseo. This place is part chocolate museum, part chocolate shop, and includes a tasting bar and a café. There are also a few classes each day where you can make your own chocolate (sadly, we just missed the morning class). I sampled some fantastic dark chocolate, and some amazing chocolate liqueur. I was so close to buying some choco-mint body lotion from the gift shop, but I convinced myself not to spend the money (in retrospect, I should have bought it—it smelled incredible). 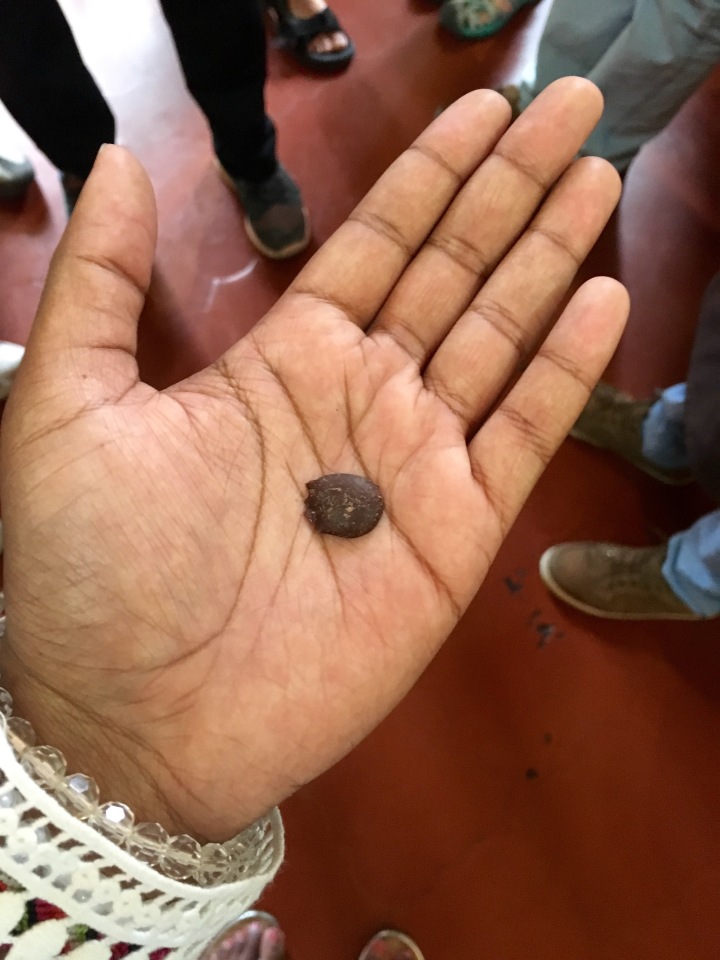 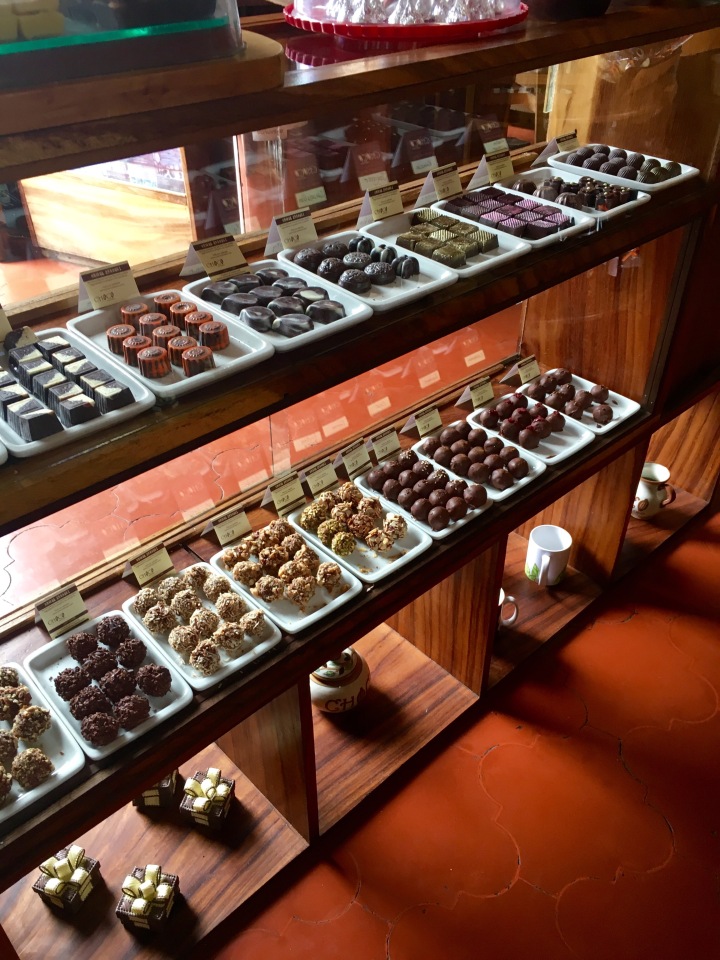 We also made it over to the famous Arco de Santa Catalina, which was quite beautiful. Unfortunately it was so dreary outside that it was hard to appreciate the color of the arch and hard to see the volcano in the distance. 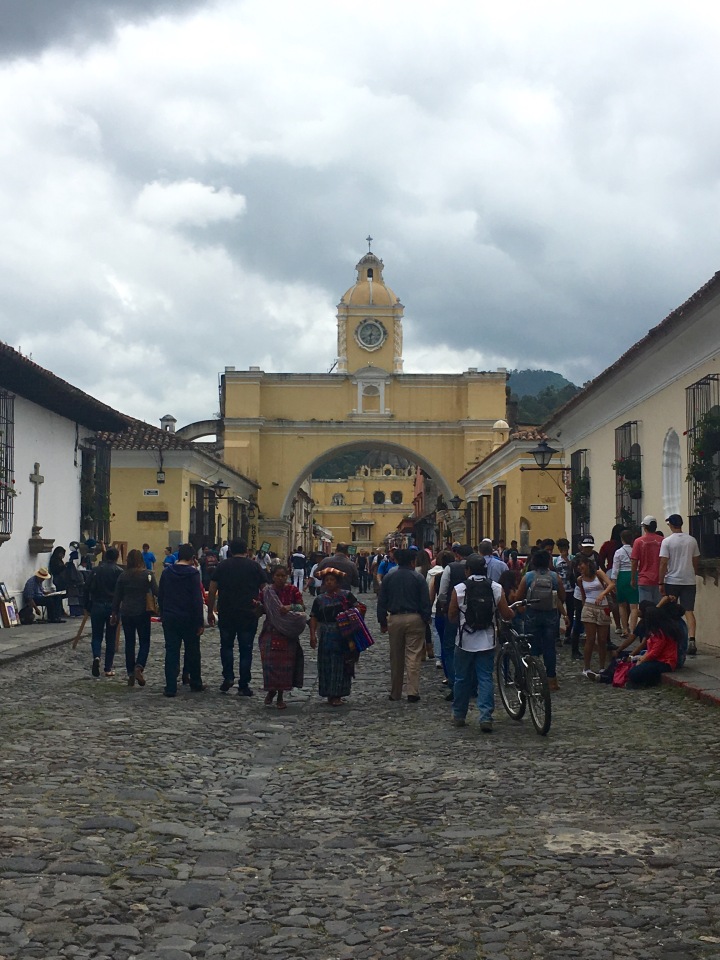 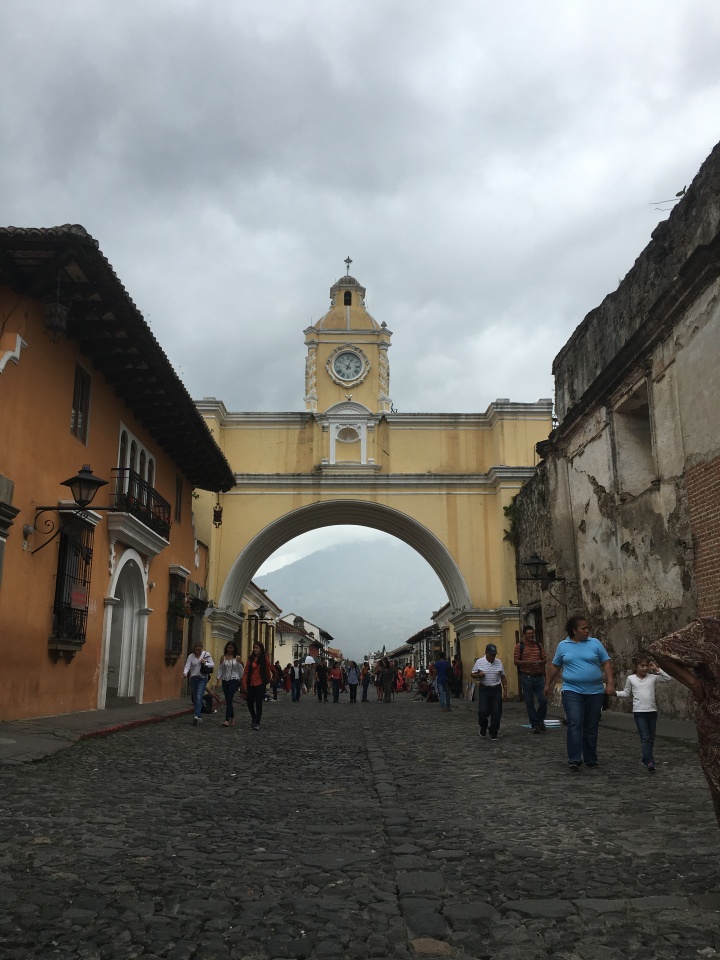 We also made a pit stop at Nim P’ot, which is a huge hall full of artisan handicrafts. It seemed a bit overpriced to me, but I enjoyed wandering around looking at the wide variety of artisan goods that were for sale there.

Finally, before the rain, we headed to La Merced church. I was amazed by its intricate yellow and white facade, which includes carvings of lily vines and sculptures of priests. Inside the church, curtains of pale and golden yellow were draped from the ceiling behind the altar. To the right of the altar was a massive sculpture of Jesus bearing the cross, encased in an intricate gold structure.

We ate at Mono Loco the first night, which was kind of pricey (for Guatemala, at least), but pretty delicious. They have huge plates of nachos that are plenty for two people to share. The second night we tried Paddy’s BBQ, which was absolutely amazing. I had a burger with fries and it may have been one of the best burgers I’ve ever had.

*I’m planning on writing a separate post about my favorite restaurants later, so I will elaborate on these restaurants even more then.

We had a great time going out in Antigua. Two of our favorite spots were Lucky Rabbit and Reilly’s En La Esquina. But what happens in Antigua stays in Antigua so I can’t share any details (lol).

Although we didn’t get to explore any of the ruins in Antigua, or spend a lot of time just walking around and getting to know the city,  I really really enjoyed this trip.